Getting a fixed deal can be great for financial planning, but what if you dont know what the future holds? See how we helped Julia with a flexible mortgage.

Julia didn’t know what the future might bring. She had an elderly relative with a terminal illness, 2 kids looking to go to university at roughly the same time. Her eldest daughter had just announced she was pregnant too. Her mortgage was due for review and the variable rate she was due to go onto was double the rate she was paying now. When they heard about her daughter’s pregnancy they really wanted to press ahead with plans to build an extension and create more guest accommodation. They needed planning permission which might take 6 months and then require another 6 months of build time and they would need to borrow this money at some point. They knew there was a significant inheritance likely in the future, and whilst it certainly wasn’t something they wanted to bank on, there was no denying it. It was a frustrating situation. Borrowing money against the property in the mortgage meant that they either had to wait until they were ready to build, in which case they paid double the interest rate they needed to on the residential mortgage. Remortgaging now and then borrowing again meant an advance rate similar to their variable rate, or at around 10% as a second charge. Either way they would have to pay extra. The other consideration was the inheritance. They would like to pay off some of the mortgage, but with 2 children at university they knew they needed some cash on hand, yet the banks were not offering attractive rates.

The solution was to find a mortgage which was completely flexible. They took a lifetime tracker with a lower interest rate than their current mortgage, for the lifetime of the mortgage with no early repayment charges at any time. The loan had a built in facility which allowed them an extra £75,000 pre-approved they could draw at a moment’s notice at the same rate. It also had an offset feature so they could keep fund alongside the mortgage that would reduce the balance interest was charged against, effectively giving them a tax free savings rate of 2.39%. The flexible mortgage solved all the problems in one go. They reduced their mortgage rate immediately, secured the finance for the extension, but didn’t have to pay for the loan until they were ready and at a much better rate, and allowed any inheritance to save them money without being tied up.

Talking to a mortgage broker might create far more opportunity than you might have realised. Remember we charge some of the lowest fees in the industry, and eager to pass on any of the knowledge we have learned over the past 10 years in the business. Call us on 0207 183 1101 to see how we can help you.

This case study was specific to this client and your situation and circumstances may be different. You should always seek advice specific to yourself.

Your home may be repossessed if you do not keep up repayments on a mortgage or any other debt secured on it. 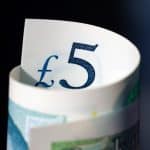 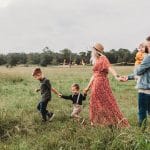